Total eclipse of the sun as seen from the fountain plaza on August 21. Photograph by Alex Barrus

On August 21, students and faculty at Presbyterian had the chance to witness a once-in-a-lifetime event: a total solar eclipse. As long as an hour before the event, a crowd began gathering in front of Thomason Library, bringing lawn chairs and peering through their eclipse glasses to watch the moon slowly traveling between Earth and the Sun. By the time that the Sun appeared to have shrunk to a sliver, seemingly everyone on campus was standing on the lawn or sitting on the steps of the newly renovated Neville Hall to witness totality.

In addition to faculty, staff and students, a few others joined the viewing party. A group of people, some of them were even wearing custom-made T-shirts, had traveled from miles away just to watch the eclipse at PC.

The physics department set up three telescopes, two of which were computerized and could track the Sun and Mercury. These pieces of equipment were generously donated by the Russell Committee, as were the special solar lenses on the telescopes that made it safe to view the partial eclipse. Viewers lined up to get a closer look at the phenomenon through the telescopes when they weren’t watching it through the 1,100 pairs of eclipse glasses that PC had also provided.

As totality approached, physics professor, Dr. Chad Rodekohr, read from the book of Genesis. At 2:43 p.m., gasps of excitement were heard all over the plaza as the sun was fully eclipsed.

Rodekohr provided a narration of the surroundings as viewers took off their glasses to see the darkened sun. The fading daylight rapidly lowered to the level of a bright, moonlit night. There was a 360-degree sunset around the entire horizon, and the night bugs began to chirp in the trees all over campus.

Venus and Mercury, as Rodekohr pointed out, were visible in the twilight sky, but the far more beautiful sight was the corona surrounding the sun. Viewers shouted their amazement as they watched it through telescopes, took photos, and bathed in the awe of this event.

The total eclipse lasted just under three minutes, and then the sliver of the crescent sun began to grow again. The crowd put their glasses back on again, and though the main event had ended, for a while nobody could tear their eyes away from the sky. Shouts and discussion filled the plaza, and the crowd slowly dispersed as the moon moved further and further away from the sun once again.

Presbyterian College’s location provided its students and visitors an ideal eclipse-viewing experience. “We were very close to the middle [of the path of totality],” Rodekohr said. “Out of all the small colleges in South Carolina, we were the best-located. The eclipse wasn’t visible in Spartanburg […] most places were cloudy, but we weren’t.” He also pointed out that Presbyterian’s location allowed viewers there to experience the eclipse for ten seconds longer than other locations in the state did.

Before and after the main event, physics professor, Dr. James Wanliss gave a lecture on “Eclipse Facts and Legends,” covering facts and speculation about total eclipses from as far back as Biblical times.

“The Assyrians recorded eclipses,” Wanliss said. “It’s possible that, when the prophet Jonah was going to the city of Ninevah to convince its people to repent, a total eclipse came through right before they repented. This would have taken place between 793 and 750 B.C.”

Although possible, that story is considered a legend, but plenty of fascinating facts surround eclipses as well. “Einstein used eclipses to test his theory of relativity,” Wanliss said. “[…] The last total eclipse to go coast-to-coast was 99 years ago, and it was called the Great American Eclipse.”

The event allowed professionals like Wanliss and others in the physics department to conduct research that only an eclipse could afford them. “NASA had people say exactly when totality occurred for them. We’re super accurate, but there’s still things to learn,” Wanliss said.

The total eclipse was a truly unique and significant event in many ways. “Astronomy as we know it today wouldn’t exist without eclipses,” Wanliss said. “It’s the perfect astronomical experiment.”

Rodekohr explained the circumstances that allowed the event to happen. “The moon is 400 times smaller in diameter than the sun, and the sun is 400 times as far from the earth as the moon. It’s the same ratio, so they appear to be the same size.”

We have an innate desire to explore that’s given to us by God,” Rodekohr added, “and we’re put in this place that’s perfectly explorable.”

“Eclipses are not rare,” Wanliss said. “In 2018, there will be two solar and two lunar eclipses visible from PC.” The experience of a total eclipse was once-in-a-lifetime, but Presbyterian College provides plenty of opportunities to view amazing astronomical phenomenons. 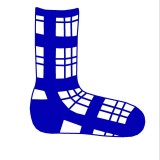